Discover the most environmentally-friendly and gas-guzzling vehicles of the new year. 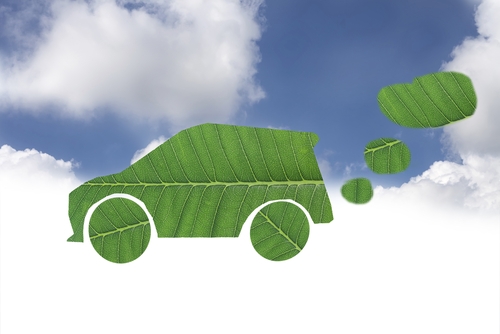 These days, "going green" is more of a tagline than an action plan. To put your money where your mouth is, you can take a look at one of the biggest personal factors that directly affects the environment: the car you drive.

Car pollution is one of the leading threats to a green environment. More than 1 billion people worldwide drive cars, which contributes to fuel emissions and air pollution. Besides utilizing public transportation, we can direct our focus on more fuel-efficient vehicles that get us to our destination with a much smaller carbon tire print.

The "greenest" and "meanest" cars of 2014 were announced this month by GreenerCars.org. At No. 1, Mercedes-Benz Smart Electric Drive Convertible was ranked the most environmentally friendly. This car is fully electric, emissions-free that offers a battery rental program, making it the most affordable electric car in the U.S. It also has a government 4-star safety rating.

The second cleanest car is the Toyota Prius C, which features the Hybrid Synergy Drive. This is combination of gasoline and electric engines, either working independently or simultaneously, which ever is the most efficient way possible. These wheels crank out a whopping 53 miles per gallon – talk about cutting down on gas money!

On the other hand, the dirtiest, or most fuel-guzzling, cars and trucks were also released. The Ram 2500 (Class 2B) came in dead last, or first, depending on how you look at it. In the city, this truck has 13 miles per gallon. The Bugatti Veyron, a mid-sized sports car, fell in second place, ranking the lowest of all vehicles for MPG in the city with a total of 8.

Encouraging a sustainable word is one of Ilchi Lee's main principles. Lee, an advocate for greener technology, points out the perks of more fuel-efficient cars – money-saver, environmentally responsible and ahead of the curve.