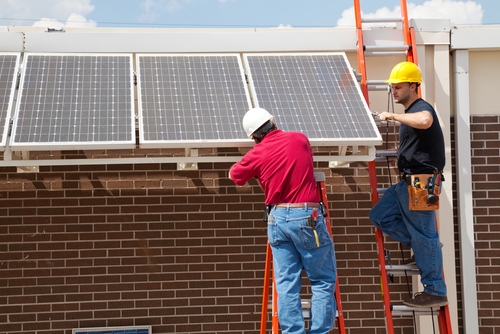 While going green has been a trend for the last few decades, only now are people starting to see the urgency with which we need to confront climate change and the energy crisis. As a result, the job landscape is growing – which is good news for citizens worldwide.

In 2013, about 800,000 new green jobs were created to reach a total of 6.5 million overall jobs, according to the International Renewable Energy Agency's (IRENA) Renewable Energy and Jobs Annual Review 2014. The largest employers were in China, Brazil and the U.S. Other noteworthy employers occurred in Spain and Bangladesh.

These numbers are evidence of a clean energy economic shift. This is compatible with Ilchi Lee's belief that citizens of the planet should make a shift toward going green, aiming to improve energy efficiency and take advantage of recycled materials.

O*NET OnLine, a partner of the American Job Center network and the nation's largest database for occupational information, classified 45 new and emerging green careers on top of 64 green professions in the U.S.

So, what exactly are green careers? Based on the Bureau of Labor and Statistics, they can be split into two categories: output and process. Jobs related to output produce energy efficient goods and services aimed to improve the environment or conserve natural resources, such as water filtration systems and organic products. Careers related to process harness environmentally friendly production processes, such as careers in sustainability.

"With 6.5 million people directly or indirectly employed in renewable energy, the sector is proving that it is no longer a niche, it has become a significant employer worldwide," Adnan Amin, IRENA director general, told CleanTechnica. "The insights into shifts along segments of the value-chain revealed in the report are developing policy that strengthens job growth in this important sector of the economy."