From the largest solar farm in the world to solar panel roads, we are making big steps in solar energy. 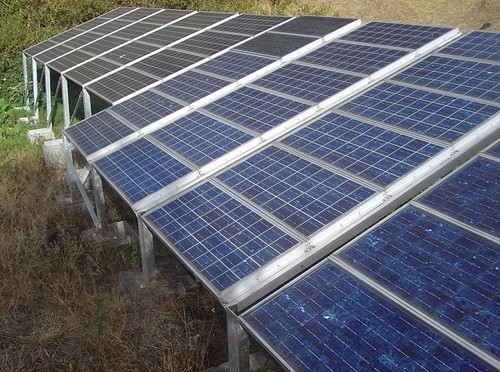 The sun is one of our most powerful natural resources – it sets our circadian clocks and provides necessary vitamin D to our bodies throughout the day. Our central star powers not only our bodies, but our homes and companies as well. In the last decade, solar power has been growing rapidly, with a huge shift to replace fossil fuels.

The largest solar-panel plant in the world was recently finished in Arizona, where the 290-megawatt project sitting between Yuma and Phoenix will send electricity to California for at least 25 years. Called Agua Caliente, which means "hot water" in English, the solar farm uses thin, film solar panels that rely on a compound of cadmium-telluride to convert sunlight into energy. Talk about a push toward a sustainable world!

At maximum production, the project can generate enough electricity for about 230,000 homes, although the panels depend heavily on the weather. A cloudy day could diminish production significantly.

Last year the solar industry installed a record amount of solar capacity. In the U.S., California and Arizona have been leading the pack with a growing number of solar power projects. The construction boom reflects a movement to replace fossil fuel power generation with cleaner energy sources. For instance, California requires its utilities to get 33 percent of their electricity supplies from renewable sources by 2020.

But your state does not need to have legislation in place for you to be part of the sunshine movement. Homeowners who install solar systems in their houses can save an average of 50 percent of their electric bill. The average American household uses 920 kilowatt hours (kWh) per month, and solar panels can account for as much as 840 kWh, according to Solar World.

But perhaps the most exciting and ambitious project is Solar Roadways. Developed by two Idaho engineers, the technology would replace ordinary streets with a solar panel roads that could melt snow and ice and generate electricity. The road would consist of hexagonal-shaped panels that are made up of four layers: half-inch thick glass surface, followed by a layer of LED lights, an electronic support structure and a base layer made of recyclable materials.

"We can produce three times more power than we use as a nation. That will eliminate the need for coal-fired power plants," Scott Brusaw, a co-founder of Solar Roadways, told Computer World.

The company, which has already received some federal funding, is now running a crowdsourcing campaign on Indiegogo.com. The technology is currently being tested.

Ilchi Lee, who is an advocate of a sustainable world, explains that the next step is to be able to save solar power in a sort of battery form. If we can harness the energy for the cloudy and rainy days, we can revolutionize the energy efficiency game.