Millennials look to social media and networking platforms to share stories and spur action for the environment. 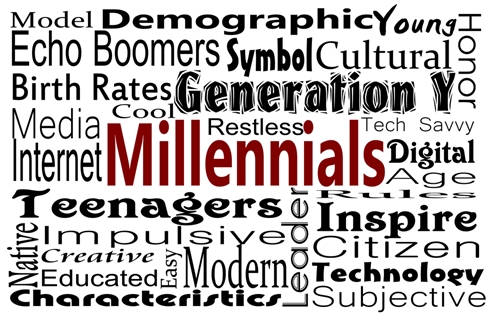 People born from 1980 to 2000, also referred to as the millennials or generation Y, will bear the brunt of the environmental burden as climate concerns are dumped on them from previous generations. So, in an effort to spur action and hear their perspective, strong advocate of a sustainable world, Ilchi Lee, among others, wants to find out what these problem-solvers are thinking, and how they might take action.

Based on the younger generations' attitudes, it's likely that millennials simply reject the label of "environmentalist." Despite this, gen Yers are more likely to attribute global warming to human activity, more supportive of stricter environmental laws and more likely to favor environmentally friendly polices such as tax incentives for hybrid vehicles and green energy development.

But getting the word out isn't the main problem. But before talking turns into action, accurate and relevant news needs to spread among the generation to get an incentive in motion. Right now, although almost every American has heard about climate change, even intellectual, forward-thinking youth are disengaged from the topic.

University of Santa Barbara sustainability director Kathleen Merrigan recently hosted a panel about what the millennial generation thinks about biobased sustainability. In the discussion, the young people talked about the importance of social media and especially short video message to reach them. There are many stories that need telling, and getting them engaged in the learning process can be very effective.

"What they're doing is trying to teach young people to be storytellers," she said in a press release. "We'd like to send our students out to farms and help tell the story of American agriculture."

Indeed, sharing tales can come in the form of social media, since it shares plenty of ground with sustainability. Through Twitter, Facebook, LinkedIn and other social media sites, we are able to capture and share moments in real time, sowing a tapestry of individual and shared experience. Although often posts may be trivial, the monumental ones stand a chance at influencing the viewer. Pictures on "Make Every Day Earth Day," links to eco-friendly videos and referendums to limit deforestation can all make a difference.