While the FAA is taking some proper measures to reduce carbon emissions, air travel is still a disproportionately big contributor to greenhouse gases. 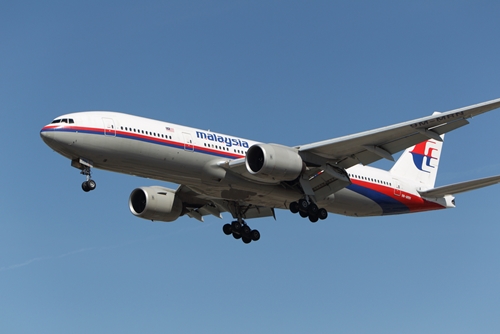 We hear endless talk about the carbon emissions left by cars and trucks on the road. But what about the greenhouse gases emitted from airplanes?

According to The New York Times, a round-trip flight from New York to San Francisco generates a warming effect equivalent to 2 or 3 tons of carbon dioxide per person.

The average American creates about 19 tons of carbon dioxide a year. So, if you take five long flights each year, they may add up to three-quarters of the emissions you make.

Although air travel emissions currently account for 5 percent of warming – there are hundreds of thousands more auto vehicles than airplanes, not to mention the devastating impact of coal power plants – that number is projected to rise significantly. This is because the volume of air travel is growing faster than gains in flight fuel efficiency.

"For many people in New York City, who don't drive much and live in apartments, this is probably going to be by far the largest part of their carbon footprint," Anja Kollmuss, a Zurich-based environmental consultant, told The New York Times.

What the FAA is Doing About It
But it's not all gray skies.

VALE is designed to lower all sources of airport ground emissions in all areas of marginal air quality.

"This program supports President Obama's efforts to combat carbon pollution and reduce aviation's emissions footprint," said Secretary Foxx. "These funds will help airports around the country make the necessary investments to reduce fuel costs and help protect our health and the environment."

For the Denver airport, the project will allow planes shut off their auxiliary power units while parked at the gate and link up to a cleaner cooling and heating system. All of this will save fuel and help improve air quality by reducing emissions.

Through the VALE program, airports have sliced ozone emissions by about 466 tons per year, which is about the same as removing 26,000 trucks off the road each year.

A strong advocate for a sustainable world, Ilchi Lee, remarks that there's no doubt that these are steps in the right direction for leaving a smaller carbon footprint. We just have to be more conscious about where we fly to, and the efficiency of our travel.