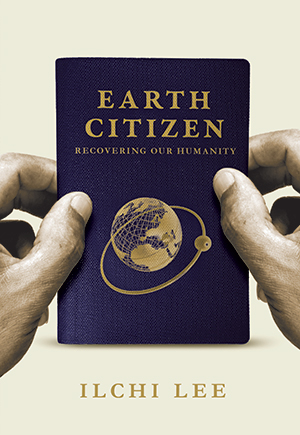 Ours is a society in which citizens worry about their country more than the state worries about its citizens. Therefore, citizen consciousness is gradually becoming more important.

What kind of consciousness should citizens have? Ilchi Lee says should have an Earth Citizen consciousness. Earth Citizens, as defined by this New York Times bestselling author, are people who look to benefit all, the whole earth. Their concern transcends the borders of nations and the divisions between religions. With such a wide and lofty spirit and philosophy, Earth Citizens can change individual lifestyles and social policies.

Their awareness that everything on Earth (and everywhere) is interconnected drives Earth Citizens to overcome any doubt, fear, depression, or anger they may face in their lives and act for the good of all. The thoughts, words, and actions of Earth Citizens are harmonious with treating themselves well as they treat all others well. When they make decisions, for each option they consider, they ask themselves, “Is this good for me, for others, and for the Earth?” The options they choose are the ones for which they can answer yes to all three.

Why live as an Earth Citizen? Because an Earth Citizen consciousness and lifestyle is one that makes you profoundly peaceful and happy. And when you do things that are good for you, but not good for others and the Earth, the negative consequences that result will affect you someday. We breathe the same air, drink the same water, and walk on the same land; what we do reverberates through them.